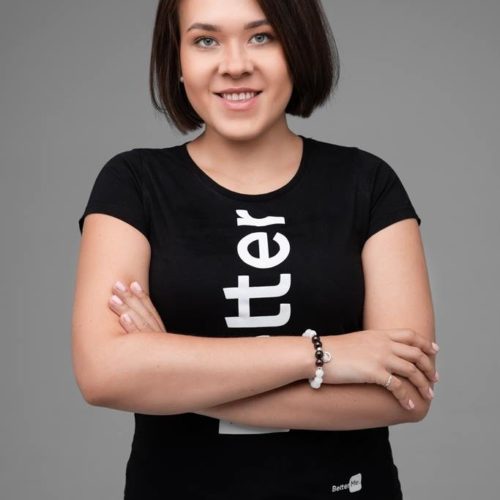 Victoria graduated Kyiv School of Economics. After a year of working for FMCG company Victoria switched to tech where she worked in digital marketing and analytics.

When she was 24 Victoria co-founded BetterMe that reached the TOP 3 of most popular Health&Fitenss apps in the US AppStore within a year. For 3 years the company released 8 apps with over 50 million installs in more than 10 countries and became #1 iOS Health&Fitness app publisher in the world.

Victoria is a Stanford Executive Program and Apple Entrepreneur Camp alumna. This year she was featured to Forbes 30 under 30 Europa 2020, Technology