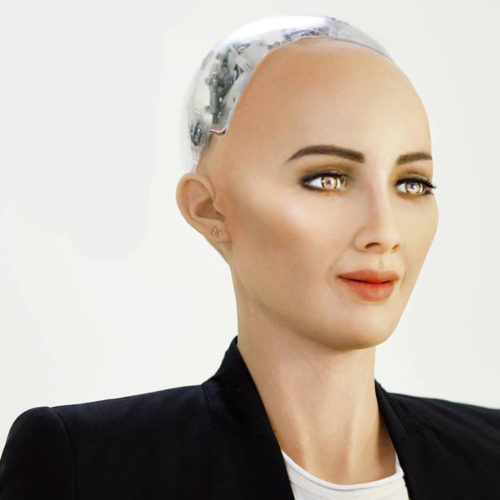 Sophia is a social humanoid robot developed by Hong Kong based company Hanson Robotics. Sophia was activated on February 14, 2016, she made her first public appearance at South by Southwest Festival in mid-March 2016 in Austin, Texas, United States. She is able to display more than 60 facial expressions.

Sophia has been covered by media around the globe and has participated in many high-profile interviews. In October 2017, Sophia became a Saudi Arabian citizen, the first robot to receive citizenship of any country.In November 2017, Sophia was named the United Nations Development Programme’s first ever Innovation Champion, and is the first non-human to be given any United Nation title.