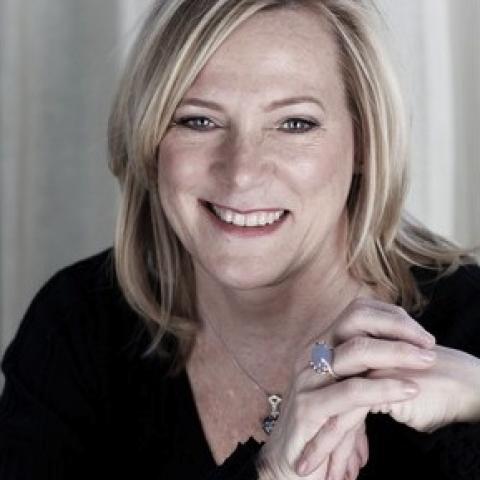 Deborah Buresh Jackson’s career spans over 4 decades and represents in extraordinary fashion, how women can evolve and progress on to success in several fields.

Deborah joined Goldman Sachs after Columbia Business School in the early 1980s when it was a small partnership and there were just a handful of executive women. As an Investment Banker she helped clients raise capital in the public and private markets. In the early 1990s, she jumped at the opportunity to work with new internet and health companies and became an early promoter of technology to solve critical problems.

She switched her focus to investing in early-stage companies and mentoring women founders in tech in 2000 while also serving on numerous non-profit boards. And by early 2010, she determined that the best way for her to achieve her highest goals was to become an entrepreneur herself and she founded her company Plum Alley to advance women entrepreneurs and new technologies. At this time, Deborah also co-founded the first accelerator program for women building mobile technologies and hosted the first hackathon of women coders and computer scientists which Fast Company magazine heralded as a critical step for innovation.

Plum Alley is now the pre-eminent venture firm that invests in hard tech and medical breakthroughs with at least one women founder in the STEM fields. In four years, Plum Alley invested $24 million in early-stage companies that are are providing solutions to pressing problem such as: toxins in the air and air quality measurement; lack of water efficiency and quality; predictive warning and information on natural disasters; heart disease in women; stem cells to grow bone to revolutionize healing, CRISPR platform to address challenges like hunger and disease elimination; urban transformation to tech hubs with coding education and employment for the broad population.

With the success of these companies, over 6 billion people will be positively affected. Beyond this, Plum Alley has successfully brought new women and family office investors into the asset class of venture.

At every stage of her career, Deborah was recognized but she is most proud of the awards she received well into her 50s because she aims to inspire women at any age from 10 to 100 to find the value in their unique talents and experience. “”The world needs you to make your contribution.”” she often says.

Deborah Buresh Jackson was selected by Fast Company Magazine for their cover story in 2012 on 60 women worldwide in the “”League of Extraordinary Women””. She was honored at Bpeace’s Annual Gala with the 2016 Leader of Economic Impact award. Deborah received the #CoachingColumbia award in 2018 for her contributions on a special committee advising the University on entrepreneurship. She was profiled in a feature story in the print edition of the Washington Post in 2014 and in a chapter of the book: Innovating Women: The Changing Face of Technology; and in two other books published in 2016 and 2017. She was recognized in an article on Plum Alley in 2018 in Barron’s print edition. Her interview at Goldman Sachs in 2018 can be found here Talks at GS. Here is a short clip of her comment at a Columbia Business School alumni event in 2019. Columbia BSchool talk June 2019

Deborah lives in Manhattan with her husband and is the proud mother of strong and capable adult daughters. She is a member of Fortune’s CEO Initiative, a forum for global corporate CEOs who are committed to addressing major social problems as part of their core business strategies.